For many civil engineers across Australia and the World, December 4th is a special day. Today is World Tunnelling Day, recognising the great work tunnellers do to make our lives easier, whether it be through underground utilities, roads or public transport.

But why Saint Barbara? 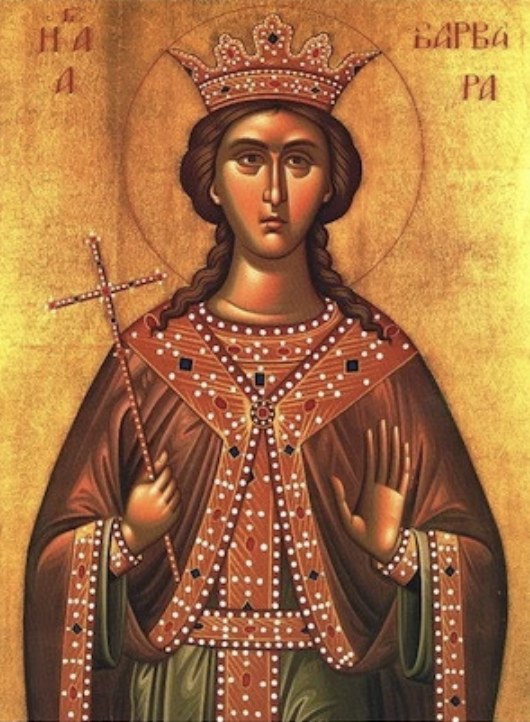 According to legend, tracing as far back as the third century A.D, Barbara lived in present-day Istanbul, Turkey, and was the only daughter of a wealthy man who sought to protect her by confining her to an isolated tower. She eventually escaped and converted to Christianity, however in doing so, she was denounced by her father to the authorities. Barbara took refuge with miners in a small town in Greece but was later uncovered by the authorities.

Upon leaving the mine, she was decapitated by her father. God then struck down her father with a blast of lightning as punishment, and hence the association with explosives in underground darkness became associated with Saint Barbara. (This is also the reason some people say “Saint Barbara!” whenever there’s a lightning strike nearby).

Even to this day the tradition lives on. Most recently, the Dean of St Mary’s Cathedral, Fr Don Richardson, blessed construction workers and the roadheader machine at the Bligh Street Sydney Metro Railway Project site where tunnelling recently began in 2018.

Another tradition which has stemmed from the Saint Barbara tale is the naming of the TBM’s after prominent women throughout history. In Australia, the tunnelling tradition states that a TBM cannot begin boring until it has been given a female name, a sign of good luck for the project ahead.

Two examples can be seen at the West Gate Tunnel Project. The TBMs at 90 metres long, weighing 4,000 tonnes, were called Bella and Vida. Bella Guerin was the first woman to graduate from university in Melbourne (M. Arts) in 1883 and went on to teach at Loreto Convent in Ballarat. Vida Goldstein was a campaigner for women’s rights, establishing the right for women to stand for election and to vote.

Today we say thanks, not only to all of the Bluey tunnellers working across Australia but also the broader community that works tirelessly to create a better, safer, quality of life for all Australians.